Vegan Living for the Soul 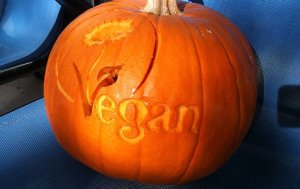 Hey, veg friends! I hope you’re having a wonderful weekend and a very spooky Halloween so far! This post, I am giving some tips on how to keep your Halloween vegan. Sometimes it can be really difficult especially with all the tempting candy and treats but I’ll reassure you that it’s less SCARY as you may think! So let’s get right into it:

2). Wear Costumes Made with Vegan Materials:

Firstly, you have to decide what you want to be for Halloween! I’m not sure if some vegans reject the idea of wearing animal costumes because it could be considered appropriation, but personally, I am indifferent to the idea. I think if you want to be an animal for Halloween that’s alright, and if you don’t, that’s alright too! It wouldn’t be a bad idea to dress as a farmed animal and use it to educate others about animal agriculture (But probably not the funnest party trick haha). Once you decide on what you want to dress as, it’s important to avoid certain materials which are not vegan. This includes: leather, wool, silk, and feathers. Whether you want to make your own costume or you buy one, doing a quick sweep of the labels is all you need! Here are some easy vegan Halloween costumes: 5 Vegan Halloween Costumes.

For those of us who are old enough to drink, there is usually a plethora of alcohol at Halloween parties. However, a lot of lower percentage alcohol is usually preserved with animal products. Though, it’s helpful if you bring your own alcohol to parties and you can easily find vegan alcohol if you do some quick research beforehand! The search engine Barnivore is a really handy tool, which you can find here: Barnivore. 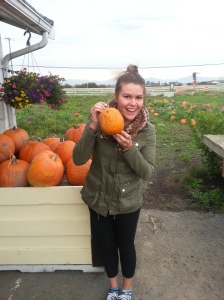 4). Pick Pumpkins from Farms without Animals:

This is probably not something people think about often. Heck, I didn’t even think about this one until I accidentally went to a pumpkin patch that had a cow and some goats! As soon as I saw that there were farm animals and that costumers can go and pet them as part of their pumpkin picking experience, I turned right around and left without buying anything.  If you notice farm animals on a pumpkin patch or any other produce farm, it’s hard to tell whether they are meant to be companion animals or later to be sold to the animal agriculture business. Oftentimes they are not meant to be companion animals and unless you absolutely positive, I don’t believe it’s a good idea to purchase items from that farm. There are plenty of other pumpkin patches this time of year that do not have farm animals—so don’t worry, you won’t miss out on pumpkins! 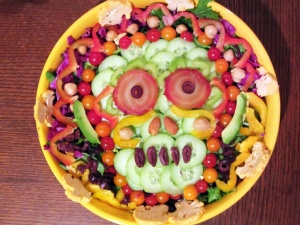 During the day, it’s helpful to keep in mind the reasons why you’re vegan. “Day of the Dead”, being a celebration of the dead, is also a time where we should remind ourselves of all the animals who are dead because of our society’s desire to use and consume them. More specifically, Halloween celebrates blood, gore, suffering, intense fear, murder, etc., but these very same things constantly occur to animals every day. Even people dress as scary butchers without realizing the reality of the meat (and animal product) industry. Halloween is a fun holiday and it’ll be easier to keep it a vegan one if you’re simply aware of this!

2 thoughts on “5 Tips for Keeping Your Halloween Vegan”